A young Christian man from one of our churches moved away to a remote village to farm some land and make a living.  There was no church of any kind there except for one Catholic fellowship.  Soon he and a young Catholic girl became involved and wanted to marry...thus they did...without permission from her parents.  After a while, she was called back home where her parents prohibited her from returning to her husband.  [tribal laws and obligation are heavily respected; when they are ignored, consequences can be horrendous]  Seven years went by and neither had remarried.  Then, the man met and married another lady.  In the mean time, Pastor Isaiah planted his church.  The man and his new wife began attending and after a short time, she gets saved, and he gets his life right with the Lord!  After a few weeks go by, wife number one returns!  He had never officially annulled his marriage with her.  Now, suddenly, and unexpectedly, he has two wives!

SORTING OUT THE QUESTIONS:

The first question I had to ask the pastor who relaid this situation to me was: "Why did the first wife suddenly come back?"  Two problems which I had to deal with were 1.) it didn't happen in my church thus I don't have the privilege of seeking out the answers from first party sources...and ...2.) since the pastor lives a 4 hour drive away, all that I could advise him on I had to do in just two sittings at the conference where we were both attending (not much chance for follow up to see how things are going).

Nonetheless, the question still is an important one to consider!  Unfortunately, when I asked the pastor, (again he having to regurgitate what he was told by the husband) the response was that she had remained unmarried for those seven years because she loved him but her parents refused to allow her to stay with him (they married against the parents will) thus called her back home and forbade her to return to him.  It would be an interesting thing to know if she herself stayed faithful to him for all those years...most likely that will never be known.  Probably they got married against the parents will because of heavy requirements to provide the bride price and ‘put on’ a big wedding that no one could afford.  So, they were hoping that if they got married and then went to her parents and said: “Oh, too bad, we’re married so we’ll just have to take our time on the bride price and wedding.”  Then the parents responded with a ‘not so fast’ action of demanding her to return and stay home.  It happens…over and over again.

As far as why the first wife came back...the husband and first wife would have us to believe that it was because her parents FINALLY grew weary of holding her back and she felt free from tribal laws  and obligations to go ahead and return.  (Hmmmm)  That’s the story, even though eight years of missionary experience makes me skeptical.  I would assume one of two things happened. She spent the seven silent years in an adulterous relationship which yielded neither children nor a marriage proposal so they tired of it and broke it off.  Or, she heard that the husband had never re-married so she figured he would 'wait' for her to return.  When he figured after seven years, she ain't gonna do that, he remarried (WITHOUT annulling the first marriage [mistake, mistake, mistake!])  After marrying again she felt spurned, but WITH a leg to stand on decided enough was enough and returned to him.

Some folks have proposed that the answer is the same as it was in Leviticus when God commanded the Israelites to put away their 'strange wives.'  My problem with the 'strange wives' principle is this: 1.)  God commanded it for Israelites in the OT in order to preserve the nation against idolatry...the strange wives would turn the hearts of the men of the nation--and thus the nation itself—to idolatry.  But, in 1 Cor. 7:11-14, Paul gives the principle that IF the unbelieving wife is pleased to stay with her believing husband, then they should remain married: 'let him not put her away".  From that we learn that God's principle of putting away the strange wife is not a binding command for believers in the church.
2.)  When Jesus said that because of the hardness of hearts God ALLOWED divorce (for regulation of an out of control practice)...so it really wasn't a 'prescription' to correct bad marriages.  I think that can probably be applied to Jesus' 'exception clause' in Matthew as well...allowed but not sanctioned.   Even Paul in 1 Cor. 7 seems to PREFER reconciliation other than divorce (vs27-"art thou bound to a wife, seek not to be loosed." and vs11 "...if she depart, let her...be reconciled...")  I know that these verses mainly have MONOGAMOUS marriages in mind but does the 'covenant breakers' problem referred to in Romans 1:31-32 still apply as a sin worthy of judgment even if the husband has more than one wife?
3.)  Paul has pretty strong words in referring to believers as the "temple of God" with the Holy Spirit's indwelling...a KEY difference, in my mind, between modern day church saints and Old Testament believers...their bodies were not considered 'temples of God.'  Was polygamy still wrong/sin in the OT?  Most definitely!  Jesus taught in Matthew 19 that from the beginning a one man—one woman monogamous marriage is God’s plan FROM THE BEGINNING.  But, we see God seemingly ignoring it completely or at least not addressing it directly in the lives of Abraham, Moses, David, Solomon, etc.  Did polygamy have its natural sinful consequences because of its sin against the holiness of God...you betcha!  But, even in David's affair with Bathsheba, God judged him mainly based on his coveting another man’s wife, stealing her, and murdering the husband.  He does not directly condemn polygamy itself.  Sin-YES!  Defiling God's Holy Temple? NO!...not in the OT...but...YES! in the NT! (1 Cor. 3:16-18)

So, the conclusion that I had to come to in THAT situation on THAT day with THOSE folks was this--separating from one of the wives; clinging to the other wife while providing loving leadership and financial stability on both sides.

I would say that it makes 'logical' sense that the SECOND wife who qualifies more so as the one to be separated from since the man was NOT in adultery until he married her.  BUT! SHE is the one, along with the husband, who got their lives right through repentance and reconciliation with God and the Church...NOT the first wife who actually showed up on the scene AFTER everything happened!  So, does it or does it not make sense that the husband should then cleave to the SECOND wife and separate from the first?

OR (big 'or') Would the second 'spiritual' wife agree to be separated from her husband while being provided for while the first wife who is 'unspiritual' (but very Catholic) be rewarded?  Would it indeed be considered 'a reward'? Should she claim God's promise to virgins that He would enable her by His grace to be chaste while being considered 'Christ's servant' and 'the Lord's freeman.'?  (vs22)

OR, again, should the husband cleave to his second wife since he could claim abandonment by the first wife who departed...like Paul addressed...SHE HERSELF should then remain unmarried (or reconciled!? vs.11)  Does the command to reconcile apply if he is already married?  In the States the answer is 'No!' because people are only allowed one wife at a time.  If the DIVORCED wife wants to reconcile to her REMARRIED husband then 'NO!' the reconciliation command cannot apply...but when the husband is legally married to BOTH WOMEN simultaneously and at the same time??? (which is the expounded meaning of 'Simultaneously') does the command apply or not apply?

REGARDLESS...I think that what WILL happen is that the husband will SAY that he is clinging to the second wife while providing for the first when in actuality he will secretly sneak over to her as well; which may 'work' in his eyes for a while until she becomes -- 'WITH CHILD' when he will either confess his failure or condemn her as unfaithful!  I suppose it is possible that he will actually cleave to the second, provide for them both without divorcing until his ‘estranged’ wife actually grows weary with the arrangement and decides to depart yet AGAIN!  THEN, he needs to go ahead and divorce realizing reconciliation under those circumstances is not possible and NOT ALLOW HIMSELF TO GET INTO THAT SAME SITUATION AGAIN!!!  ALSO TEACH HIS CHILDREN NOT TO GET INTO THAT SITUATION THEMSELVES! 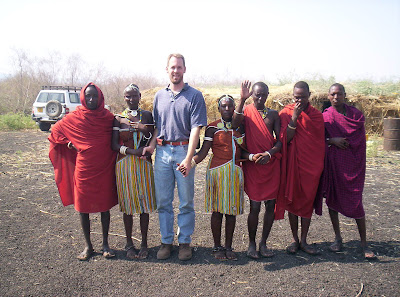 SIN AND ITS RESULTS

As you can see, the adage stands true...man is free to sin...but he is NOT free to choose the results which occur because of his sin.  Then, as he continues to make bad choices, things can only get worse, not better!  Be that as it may, any soul who surrenders his heart and life over to the Lord and seeks to walk with Him daily in humble obedience, God is able to unravel the twisted life which has been contorted by the horrific grasp of the Evil One!